Moving to Staten Island?
For many people Staten Island is the “forgotten borough” of New York city. But, it shouldn’t be. There are many benefits in living on the Island and it provides excellent commuting options to Brooklyn and Manhattan. Usantini Moving and storage can move you, your family, move your business and storage unit to and from Staten Island.
As in any place, it’s important to know the “lay of the land” and make sure that you are settling in one of the better neighborhoods on the Island. Here is a list of recommended neighborhoods we compiled.

Annadale is a neighborhood of New York City in the borough of Staten Island, New York, USA, situated on the island’s South Shore.
The community received its present name circa 1860, and is named after Anna Seguine, a descendant of French Huguenots who were among the South Shore’s earliest settlers; this settlement is also responsible for the neighborhood immediately to the southwest of Annadale being named Huguenot, and the Seguine family also lends its name to Seguine Avenue, the principal north-south thoroughfare on the east side of Prince’s Bay, the next neighborhood southwest of Huguenot.

Here is some Demographic, income level and real estate data for Annandale.

Many small, one-family homes were built in Grant City in the 1950s, with a stronger growth spurt occurring after the opening of the Verrazano-Narrows Bridge in November 1964 made access to the island from Brooklyn much easier. Today the neighborhood’s population is heavily Italian-American by ethnicity and Roman Catholic by religion, and many of its residents were born in Brooklyn.

More information about Grant City neighborhood can be found on the City Data website.

Bay Terrace is the name of a street, which in turn gave its name to a neighborhood, on the East Shore of Staten Island. Bay Terrace is bordered by Richmondtown to the north, Oakwood to the east, Great Kills to the west, and the Great Kills Harbor to the south.

Huguenot is the name of a neighborhood located on the South Shore of Staten Island. Its name is derived from the Huguenots, led by Daniel Perrin, who settled in the area during the late 17th century and early 18th centuries to escape religious persecution.
Huguenot is bordered by Arden Heights to the north, Woodrow to the west, Prince’s Bay to the south, and Annadale to the east.

Huguenot has been growing at an accelerated manner since the 1970’s and is considered one of the best maintained neighborhoods in Staten Island.

Prince’s Bay is the name of a neighborhood located on the South Shore of New York City’s borough of Staten Island. Prince’s Bay is bordered to the north by Huguenot, to the south by the Raritan Bay, and to the west by Pleasant Plains.
Wolfe’s Pond Park and Lemon Creek Park are located in Prince’s Bay. These parks contain children’s playgrounds, open fields for outdoor sports such as football, baseball and soccer. These parks also contain running trails and divided dog parks for big and little dogs.

Whether you are considering moving to Staten Island or need to move inside Staten Island, Usantini Moving and storage is the moving company for you. With more than eighty years of moving experience in New York City’s five boroughs, we will move you quickly, efficiently and  and at a great price. To show our commitment to our clients and the New York community we offer a $100 off your move coupon. Ask for it by clicking the button below.

We all know that Brooklyn is the coolest borough  in NYC. Many cool and interesting people are moving in. Are you one of them? How are you going to find a good Brooklyn mover to help you with your move? 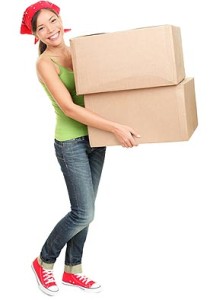 When it comes to moving to Brooklyn, NY, there are those who offer advice and there are those who offer expert, professional and courteous service. U. Santini Moving and Storage is the latter. Our team of relocation consultants are expert in proving the best advice for you and your family or your business when you plan to move in or out of Brooklyn. Our expertise include such topics as insurance, pets, packing, pianos, how to deal with your expensive china, or how to provide the best and safest moving experience for your children during a move.  So, before you start planning a move to Brooklyn, NY, call us or visit our website early and often to ensure the best possible result.

U. Santini Moving and Storage can help you via a wide range of services, like finding a local contractor, storing your belongings if your new home is not ready yet, packing and unpacking your belongings and proving great information about living in Brooklyn. Check out City Data information regarding Brooklyn. Looking for information about Park Slope, Williamsburg, or other Brooklyn neighborhoods? Check out this Brooklyn neighborhoods report. We have been operating in Brooklyn for more than eighty years and have been moving people and businesses in this borough that long. We know Brooklyn!!!!!

We know that moving can be a harrowing experience, and finding a good Brooklyn mover can be hard. That’s why we make it our mission to help our client’s move to Brooklyn trouble- and worry-free. U. Santini Moving and Storage will help you feel at home in Brooklyn even before you move there.

And to show you that we really care, here is our invitation to use our coupon for $100 off your move. Claim your discount when you move with U. Santini Moving and storage

Or give us a call, we’d love to help you with your moving, packing, or storage needs!

GET A FREE ESTIMATE